The passage of time seems to be such a fractured thing right now and it isn’t going to stop being so any time soon. It feels like we have been stuck in this time warp for such a long time that we cannot even tell how many days we have been under lockdown. Nothing is as it was, or ever will be again, yet every day seems to bleed into the next, without clear boundaries; beginnings and endings.

Whilst few of us can now speak Spanish or do a hundred push-ups without breaking a sweat, others have grown voices. We seem angry a lot – just look at Facebook, watch the news. In some parts of the world, what has been festering under the surface for many years are erupting into conflict and protest. Some suffer in silence. Some rise up. Some choose to do the extraordinary. Some do nothing. A day like no other (in the last 90 years).

In the midst of all of this we have just lived through yet another unusual and unexpected day in history. The South African Minister of Finance, Tito Mboweni, have had to do what has not been done in 90 years. He has had to call for a Supplementary Budget. Usually the budget is presented in February and then reviewed in October.

The unknown, novel Corona virus struck. In fact, it keeps striking and nobody really knows how this is all going to end. We had to throw the expected budget out. Moneys had to be appropriated, moved from one line item to another. It all happened so fast that our dear President couldn’t get everybody’s permissions. The ordinary processes in Parliament could not be followed and now, through this extraordinary move, Parliament gets to say its say.

If only we could live within our means

So on the momentous day of the 24th of June 2020, Tito said debt is our weakness. It is so much more than that, though! Debt from the past now threatens our ability to deal with the present. We did not have enough money to start with and now we have even less, yet we have to borrow more, because the current situation is going to get a lot worse before it gets better. As a country, we are bracing ourselves for the cresting of the Corona wave.

Let us be clear about what we are looking at:

So what has the South African Government done to deal with the immediate crisis?

The future can be found in a Zero

Jimmy Carter, an American President in the 1950s, introduced the concept of a zero-based budget. Tito wants us to follow suit. This means that, as a government, you can only spend that which you gathered in as income within a given year. Not only does that mean cutting down on increasing debt, but also that we need to end up with a positive cashflow balance every year.

The demise of pet projects and the futures of others

Special projects will have to be cut by R230 bn within the next 2 years. This means that SAA most likely will not be getting the R10 or R30 bn it was asking for. The National Health Initiative may also well be one such an example. Some other major expenditure projects may also be cut, if not completely, then down to what is affordable. The Landbank will be an exception – it will receive R2 bn as it holds about a third of all bank loans to farmers and we all need to eat.

Eskom has to be fixed. Tito said that this is a non-negotiable. The negotiations have been done. Plans must now be put in motion. It needs to be unbundled into three units and at least one of these needs to be privately owned.

Shoulder to the wheel for the rest of us

We know that the news that may be the hardest for all to bear is the fact that an additional R40 bn needs to be milked from tax payers over the next four years. We do not know what this will look like. Yet.

It is easy to fall into inertia when faced with such overwhelming circumstances. No wonder we stress eat. We are all trying to do what we must to survive. It is also easy for our eyes to glaze over when these super-sized numbers are flashed all over the media. It is beyond our scope of understanding. It is outside of the average person’s frame of reference.

You may think, what is the point of arguing? It isn’t as if we have much of a choice in the matter. You may feel very little. Everything may seem surreal. You may also feel rather hard done by. Angry. The corruption that has caused much of the mess we find ourselves in was not your doing, you may say. Yet, we want to know that we will have access to the ventilators, should our time come. We want to know that if we are really hungry, there will be someone to provide relief. We want to see our wives and sisters and children protected and assisted when they are vulnerable. We all want to feel safe.

Tito Mboweni said that we should hold our Provinces and cities accountable for how they spend their money. Maybe it is time for you to find your voice. To step out of your comfort zone and participate in the messiness of sorting out this mess that is our social, political and economic environments. Some will suffer in silence. Some will rise up. Some will choose to do the extraordinary. Some will do nothing. What will you do? 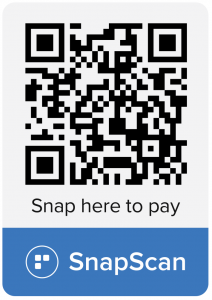 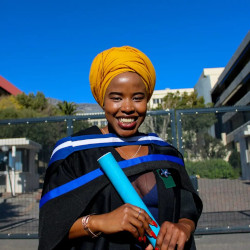