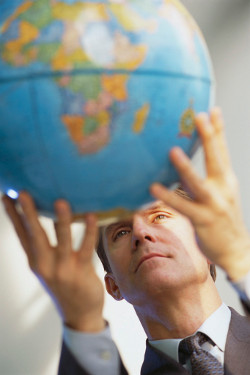 As the global economy continues its ups and downs, an increasing number of South Africans are wondering where to invest their money. As the world’s financial and economic landscape continues to change, should we be looking beyond our borders for the best investments over the medium and long term?

The Definition of ‘Offshore’ has Changed

Investors who have been in the market for several decades will remember a time when offshore investments focussed heavily on the United States, Europe, the UK and Japan. As these mature economies have slowed over the past 10 years, newcomers such as Brazil, China, India and several countries in Southeast Asia have come to the fore, offering superior growth rates and return on investment.

Since the financial crisis in 2008, growth in emerging economies has been keeping the world economy afloat, and it should come as no surprise that investments in these countries now form a large part of many offshore funds. While much of the world’s capital is still in the West, growth rates in the emerging world make these economies attractive to investors.

SA vs. Other Emerging Markets

Although South Africa is considered a rising emerging market and is a member of BRICS, our economy has shown sluggish growth over the past few years. Reduced trade with the West following the financial crisis as well as government policies which are seen as unfriendly to investors seem to be resulting in below-par performance on the JSE compared to other stock exchanges in the developing world.

While South Africa’s economy is expected to grow by 2% or less this year, Brazil may see growth of over 5%, while sub-Saharan Africa may average 7% growth. For this reason, South Africans should explore the possibility of off-shore funds as part of their portfolios.

Emerging markets were traditionally seen as riskier than developed ones, but some experts are now questioning this belief. With large developing countries such as the BRIC group (Brazil, Russia, India and China) having well-developed banking and financial regulations, investors are more confident in these economies and consider them safe investments.

Before investing in offshore funds, consult your financial advisor who will recommend the best option to suit your investment portfolio and financial goals.